Playing With Purpose in the Snow 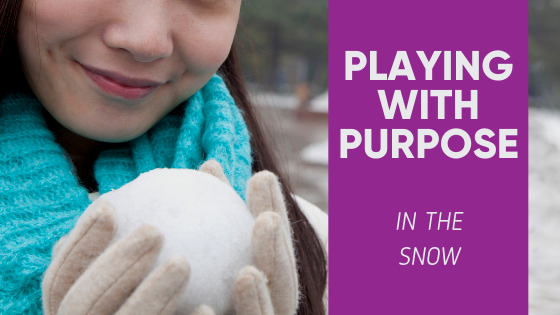 I grew up in Michigan, so I know what a snowy winter is like. However, the absence of snow in December in Austin is unremarkable. We are used to it, but that does not mean we are not thinking about snow. Whether the ground outside is blanketed by the freshly fallen snow or you’re dreaming of a white Christmas, the idea of snow is abundant this time of year.

Along with snowy days and the holidays comes winter break. While a great time for family bonding, winter break or a snow day can be a challenge for parents to find indoor activities for the whole family – and also sneak in some learning. However, it is possible to learn and have fun doing so if you are Playing With Purpose.

Top 4 Tips for Playing With Purpose in the Snow:

1. Build a snowman to teach the names of body parts and clothing. This activity can be accomplished in a variety of ways. If you’ve got snow on the ground, then bundle up and head outside. The physical movement of building a snowman will aid in your child’s learning. You can also create a snowman with a white tube sock and rice or draw one on paper. The target words for this activity can be head, body, arms, boots, eyes, ears, nose, mouth, buttons, scarf, and hat. While building your snowman and afterward, talk about the various body parts of the snowman as well as the clothing it is wearing. Show your child how you point to the parts/clothing as you label them. Repeat each name multiple times because kids learn through repetition.

2. Play the game ‘Frosty Says’ to build imitation skills. On those days when it’s just too cold to go outside, or you don’t feel like turning yourself and your child into the little boy from “A Christmas Story,” then indoor activities are the way to go. Frosty Says is the same as the game you played as a child, “Simon Says,” but puts a wintery spin on the activity. However, since we are working on imitation (i.e., your child copying your movements) that is the only part we will focus on. Only give directions/movements your child can follow. Start with one part such as jump, turn around, touch your toes. Once she has mastered a one-step direction such as “jump,” you can move on to a two-step direction like “jump and then clap your hands.” First verbal say the direction, then show your child what you want her to do. This type of imitation is a building block for later imitating speech sounds or words and phrases.

3. Make an obstacle course in the snow to work on sequencing. Your neighborhood park or backyard playset is a great place to create an obstacle course. Plus if you’re headed out in the snow, the movement will keep everyone warm. And as a bonus, you will combine gross motor skills with language learning for a multi-sensory experience. Start with a course that is 3-5 steps first and then the complexity as your child’s skills develop. To work on their sequencing skills, give your child directions on how to go through the obstacle course and see if he can execute the steps. If following the instructions is a challenge for your child, first give him the directions and then have him immediately repeat them. This will build memory and recall which will make the execution step less difficult. Try a sequence such as, “go down the slide, throw a snowball at the swing (make sure no one is on it), and then make a snow angel.” 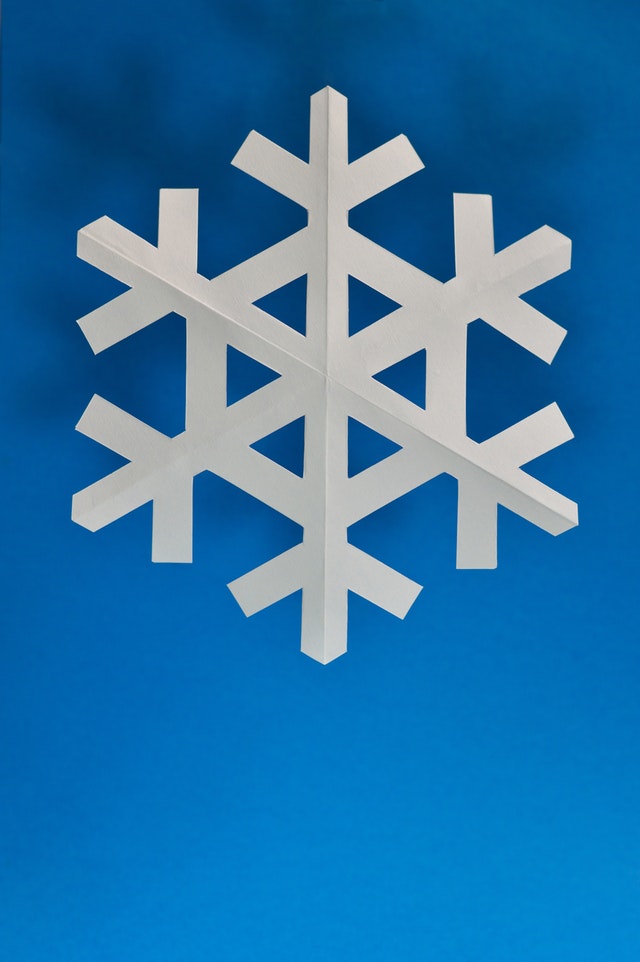 You may need to show your child how to do each step or simplify the craft to fewer steps. For example, you could have the paper ready to go except for the last fold and then have your child fold it in half, cut, and unfold. While you’re doing this activity with your child, talk about what you are doing first, next and last. Afterward, ask your child questions about what happened and what she did.

Now you are ready to get out in the snow and get active during your Playing With Purpose time. Remember movement and the great outdoors are fantastic catalysts for learning in our children. Stay warm my friends!

Do you want more tips for Playing With Purpose during your family's favorite activities?

Playing With Purpose in the Snow December 19th, 2018Emily

Tandem Speech Therapy
5.0
Based on 6 Reviews

Learn how to purposefully and intentionally interact with your child during play and help them increase opportunities for speech and language development!